The third series of Paul Abbott’s award-winning Channel 4 series NO OFFENCE returns this week with the brilliant and unbreakable crime fighting family of Friday Street coppers in 6 brand new episodes.

The extremities of DI Viv Deeringís (Joanna Scanlan) world are governed not only by thugs, but by politicians too. Same goes for all of us. In our crowded world enemies can be almost invisible. Deering and her team adopt equally covert tactics to expose a few bare-faced truths.

Filmed across Manchester, AbbottVision made extensive use of the cities’ outdoor and indoor locations.

Paul Abbott says: ìSeries 3 is about the void left by political parties, clusters of ignorance streamlined in to soldier ants. Whether it’s a real or perceived void doesn’t matter. Predators will always exploit a weakness. Viv Deering really earns her wages in making her voice heard to diverse cultural factions.î 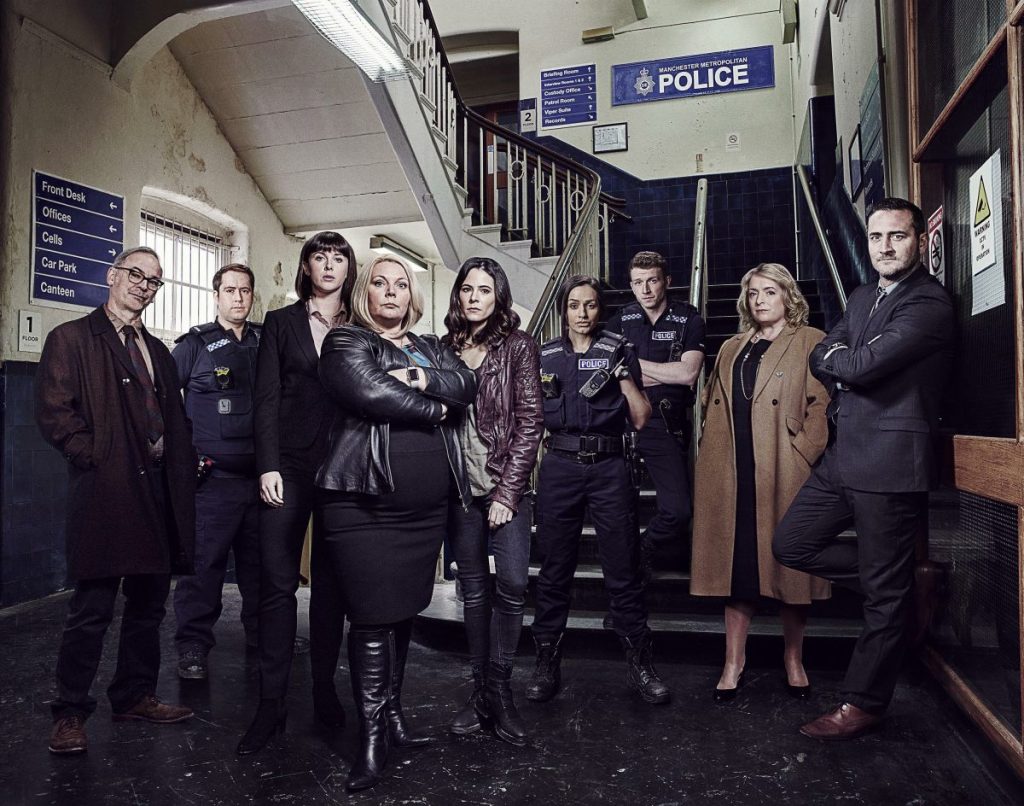 Viv and Friday Street find themselves pawns in a political chess match, which is the last thing they need as incidents of hate crime soar in the city. Clashing once more with the underworld and the upper brass alike, Vivís never had it so tough and finds she must deploy every weapon in her arsenal to keep her team together and restore peace to a community wracked with political and xenophobic uncertainty.